Footbakl fans have tool to Twitter and other social media platforms to express their disappointment with Ronaldo’s Given penalty.

The Old Ladies of Juventus were a go down to AC Milan before a penalty was given to Juventus after a overhead bicycle kick from Ronaldo was stopped by a defenders arm.

People are insisting that, it wasn’t suppose to be stopped for penalty and that Ronaldo is been favoured.

Here are some pictures 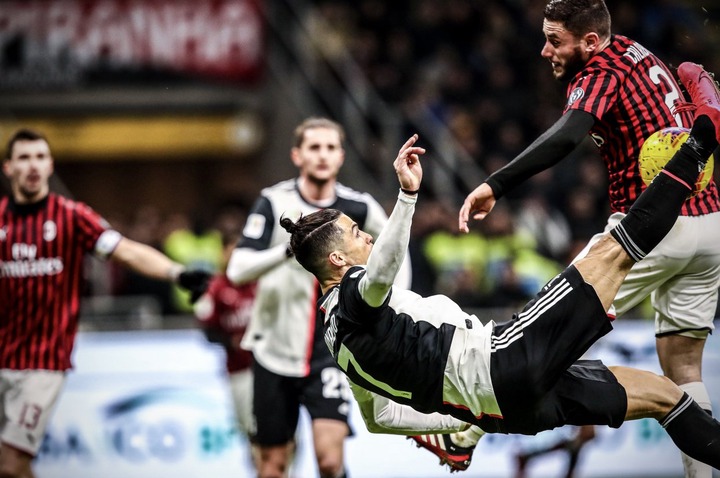